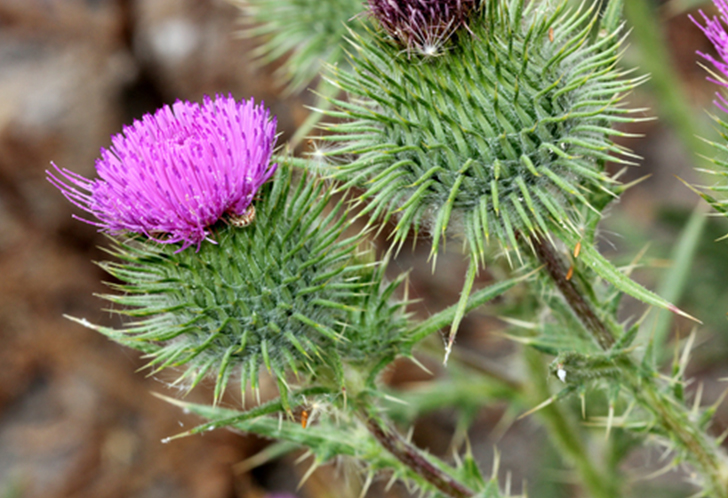 Silybum marianum is native to the Mediterranean region and has a long
history ofuse as an herbal medicine during the Roman times,mostly for hepatoprotective effects. The thistle has been used

as the official emblem of Scotland since the 15th century.
Studies have shown Milk Thistle to be useful in treating cutaneous wounds through its antioxidant and anti-amphyxia.
In addition, there is growing evidence that the thistle can help protect skin from UV damage and assist in the repair of sun-damaged skin.
Antioxidant effects of silymarin have been broadly studied as an active compound in Milk Thistle.